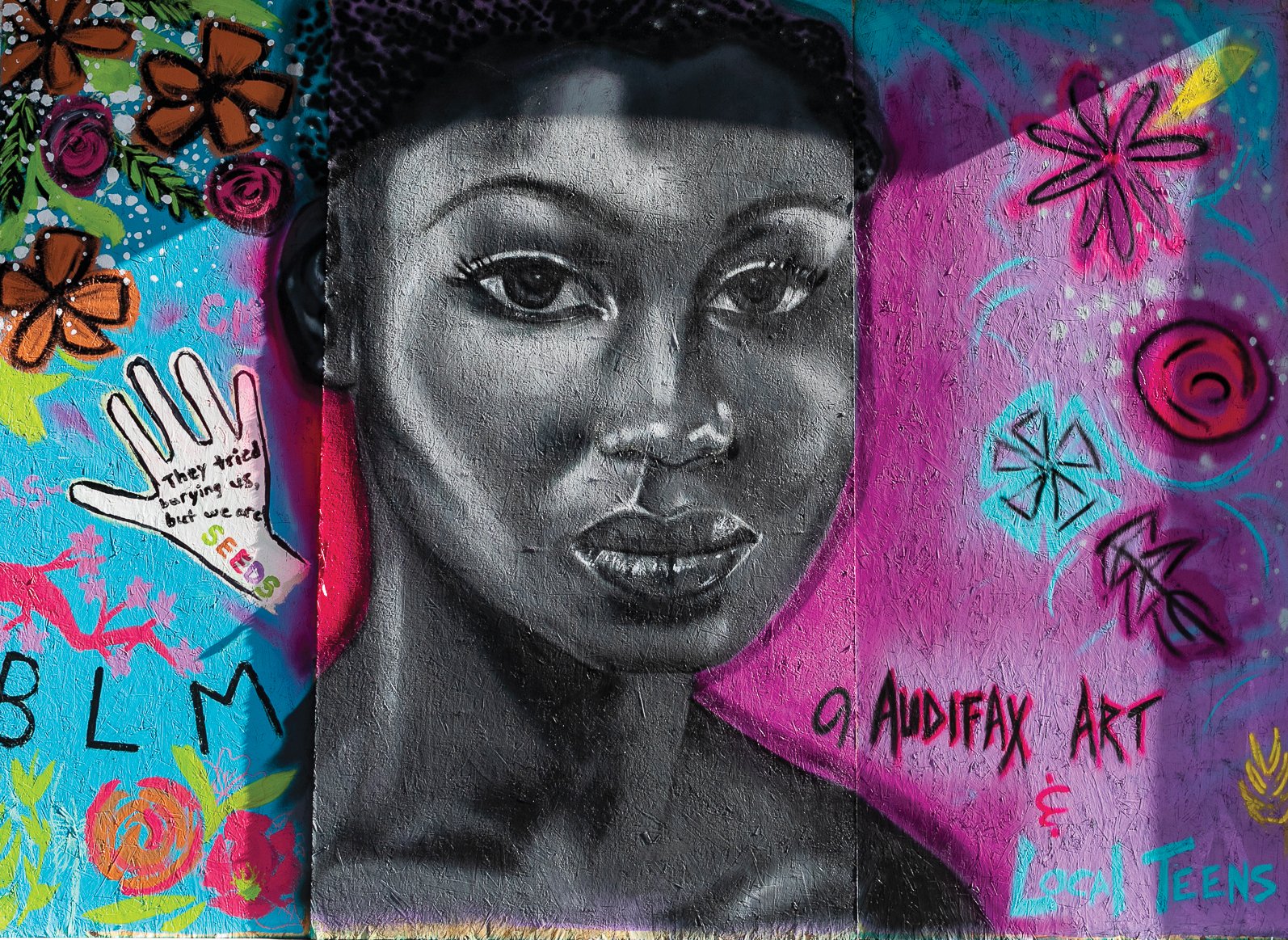 Artist’s Statement:
“My words are unable to explain the depth and sincerity expressed. I contributed the one way I felt I could in this moment, working through an image to help bring attention to the voice of the Black community and the youth I collaborated with. Together we transformed sheets of plywood into a message, their message. The strong woman I was going to paint as street art in an alley was meant to stand for something more. The teens wanted to add a list of bills that everyone could vote on, to give people an idea of how they can make a difference, but as work progressed the creation became more focused on representing growth, a hand with seeds and the direct message “BLM.” People stopped to say “thank you” and oftentimes I found myself saying it back, “thank YOU.” Being a part of this moment feels sacred.”

Back to Mural Gallery
#48 - Untitled |Speak|