Created by Batenga Obuseh & Kiyem Obuseh on the Overture Center for the Arts. #13 - BLM: I Just Wanna Live#15 - Untitled |Part of Being a Revolutionary|
 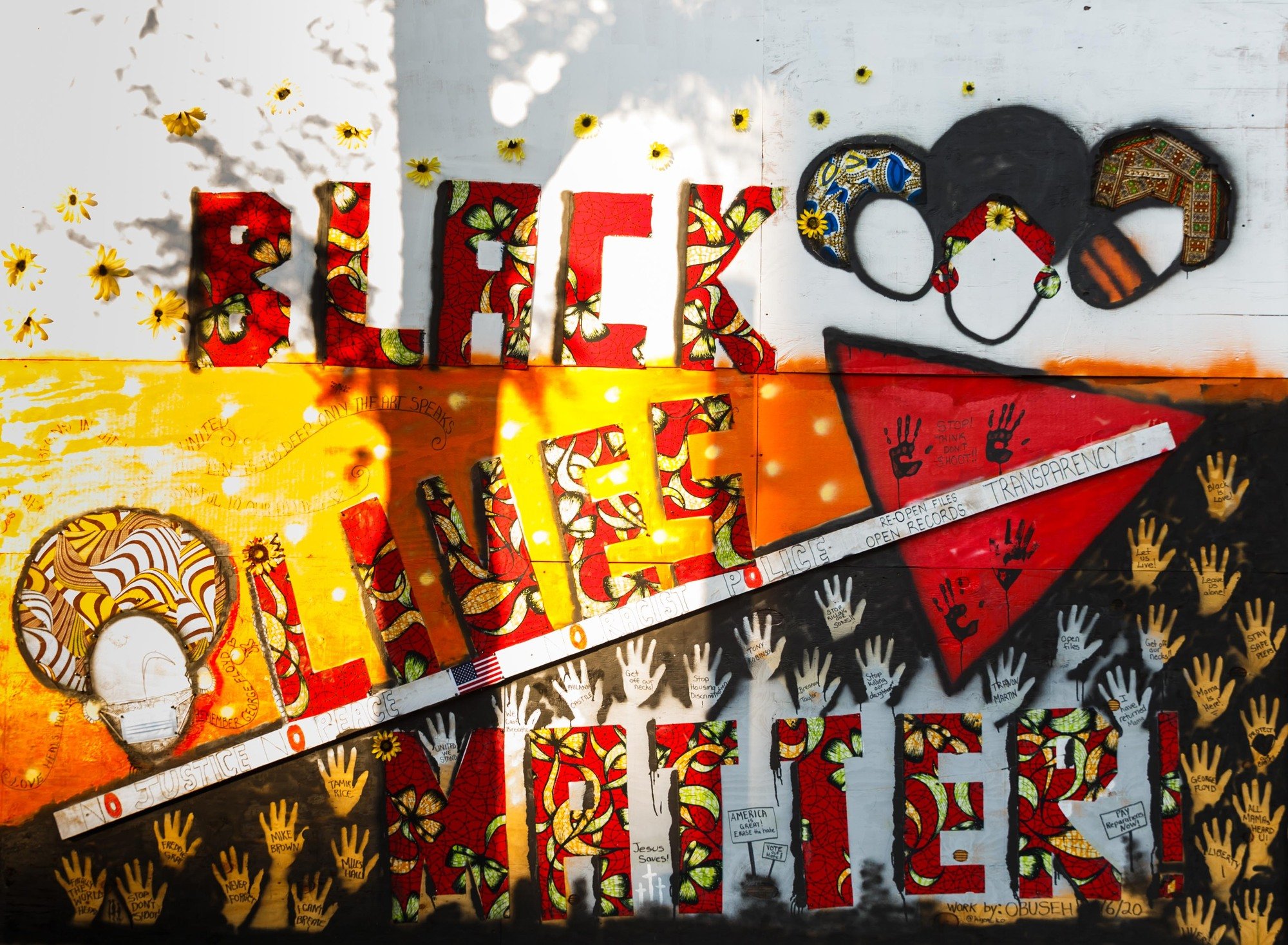 From Pain to Glory

LOCATION: Overture Center for the Arts in Madison, Wisconsin

Artists’ statement:
​This piece was created in three distinct parts.
It begins at the bottom and rises.
The first part represents the pain of having our children ripped from us
by racists and depraved folks.
Stop, Think, Don’t Shoot!
The bill to pay the slavery reparations is way past due. It is in default. Black people are not 3/5ths and are due billions in reparations.
​The names of some of the murdered victims are written on the hands.
This is a plea to the world, remove racist people from all levels of government and your workplaces, especially at the highest executive and judicial levels.
​Be on the right side of history.


Back to Mural Gallery
#15 - Untitled |Part of Being a Revolutionary|